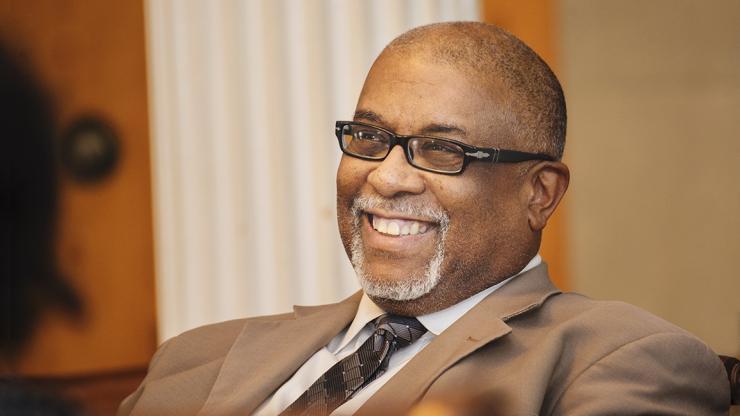 North Carolina’s state parks director Dwayne Patterson is retiring from the state agency he has led for the last five years. Patterson will depart early next year. He is the first African American to serve as director of the North Carolina Division of Parks and Recreation.

During his tenure, Patterson helped secure historic funding levels to support both state and local parks. He also served the state as the Department of Natural and Cultural Resources’ chief financial officer and as chief deputy secretary for the Department of Juvenile Justice and Delinquency Prevention.

“I’ve greatly enjoyed my time working with so many talented parks employees,” Patterson said. “Our state parks system is amazing and so important to the people of North Carolina for health and quality of life.”

In addition to his successes in increasing funding, Patterson greatly increased diversity in park ranger hires and created an internship program for students at Historically Black Colleges and Universities to encourage them to apply for jobs across the division.

“I appreciate Dwayne Patterson’s many contributions to enhancing North Carolinians’ quality of life as director of State Parks and chief financial officer of our department,” said Reid Wilson, secretary of the N.C. Department of Natural and Cultural Resources, which oversees the Division of Parks and Recreation. “His efforts to expand public access to parks, increase diversity in the park system, and connect young students to nature will produce long-lasting benefits.”

Under Patterson’s leadership, state park lands have increased by more than 40,000 acres and the parks system has boasted record levels of visitation for three years in a row. He also helped secure funding to support 60 new field positions at state parks, recreation areas and natural areas, and division revenue during his tenure rose by 80 percent. The Schools in Parks program that Patterson launched to ensure every N.C. grade school student experiences a state parks field trip continues to grow with teacher trainings completed in a dozen counties thus far.

About the North Carolina Department of Natural and Cultural Resources
The N.C. Department of Natural and Cultural Resources (NCDNCR) is the state agency with a vision to be the leader in using the state’s natural and cultural resources to build the social, cultural, educational and economic future of North Carolina. NCDNCR’s mission is to improve the quality of life in our state by creating opportunities to experience excellence in the arts, history, libraries and nature in North Carolina by stimulating learning, inspiring creativity, preserving the state’s history, conserving the state’s natural heritage, encouraging recreation and cultural tourism, and promoting economic development.
NCDNCR includes 27 historic sites, seven history museums, two art museums, three science museums, three aquariums and Jennette’s Pier, 41 state parks and recreation areas, the N.C. Zoo, the N.C. Symphony Orchestra, the State Library, the State Archives, the N.C. Arts Council, the African American Heritage Commission, State Preservation Office and the Office of State Archaeology, and the Division of Land and Water Stewardship. For more information, please visit www.ncdcr.gov.