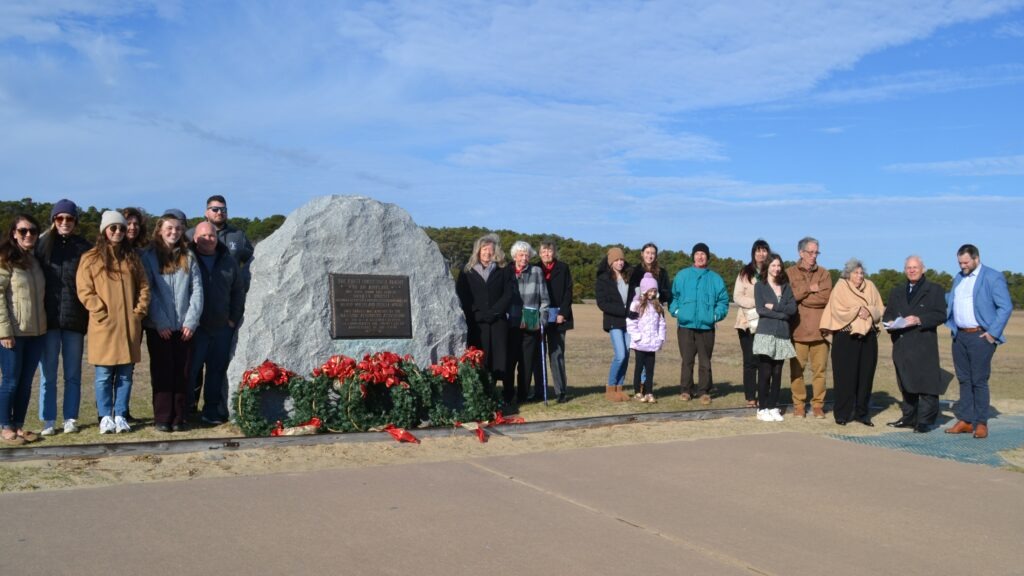 Families gathered on a brisk Saturday morning in December 2022 to commemorate the 119th anniversary of Wilbur and Orville Wright’s first flight in Kitty Hawk, North Carolina.

Following the speeches, a wreath laying ceremony was held by descendants of the witnesses of the first flight pictured below in images captured by photographer Judith H. Fearing. These invididuals included descendants of: